Marcy Pursell has been a key member of the Africa in Motion volunteer team for two consecutive years. A native of Nebraska, USA, and a recent graduate of the University of Edinburgh, here she shares a few thoughts on volunteering, her time spent in Mali and the Malian films in the AiM 2014 programme. (All photographs © Marcy Pursell)

Bambara is the most common language spoken in the West African country of Mali, where I lived for nearly one year from 2011-2012. I was working as a U.S. Peace Corps Volunteer in the Segou region until the coup d’etat on March 21, 2012. A few weeks later, we were evacuated to Ghana and weren’t able to return. I was heartbroken.

During the 11 months I lived there, I gained a new family. Mali became my home. According to news reports, things escalated before they got better. And because the situation in Mali didn’t appear as bad as Libya or Syria, no one heard about what was going on in the northern regions of Gao, Kidal and Timbuktu. 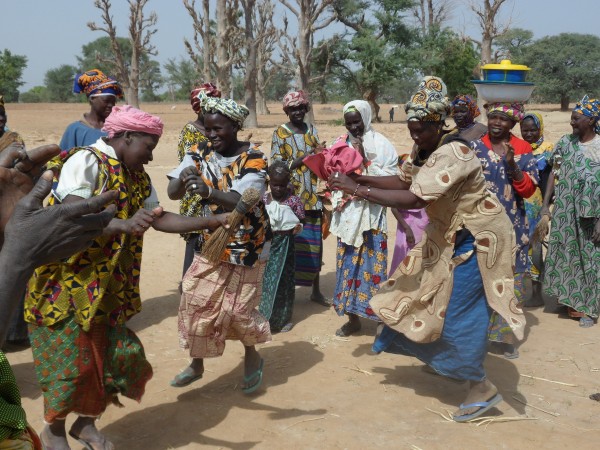 My time in Mali changed me. It drove me to learn more about the world and led me to Edinburgh. I applied and was accepted into the Africa and International Development program for the 2013-2014 academic year after a Peace Corps friend recommended the school and program. I first heard about Africa in Motion Film Festival last fall when I decided to volunteer. It gave me a way to be around others who appreciated Africa as much as I did and enjoy all the films the festival had to offer. I remember being excited to see which countries were represented in the program and being disappointed that there weren’t any from Mali. I thought enough time had passed that surely someone would have made a film in or about the country I called home, but perhaps I underestimate the time it takes to make a good film.

I completed the program, turned in my dissertation and decided to stay in Edinburgh a little longer. I wanted to volunteer with AiM again because I knew they would have another great selection of films and I hoped Mali would make an appearance. I was pleasantly surprised to discover three films had been selected in this year’s festival.

I was fortunate enough to view two of the films - Ngunu Ngunu Kan (Rumours of War) from first-time director Soussaba Cissé, and Timbuktu, a masterpiece from Abderrahmane Sissako. Actors in Rumours of War spoke Bambara; I know I had a grin on my face during most of the film because I could understand bits and pieces without the subtitles. 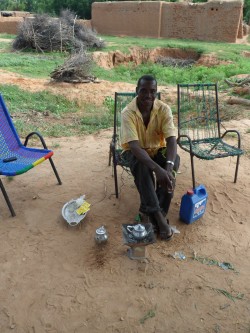 The life Cissé depicts in Bamako, Mali’s capital, seems accurate to my memory. Timbuktu follows different characters that are all intertwined, showcasing the multiples languages spoken in Mali, including Arabic, Bambara and Tamasheq. It’s the little things in both films that caught my eye. The art of making tea, for example, is portrayed in perfect form: poured from above into a tiny glass and then shared among friends.

These films portray the hardships Mali has gone through in recent years and don’t shy away from the more gruesome acts. They reveal the diversity in Mali, the lifestyles that various ethnicities lead and the joy music brings. The viewer gains insight into Malian culture, including belief and hospitality. If you have the opportunity, I highly recommend these Malian films that are sure to become classics.