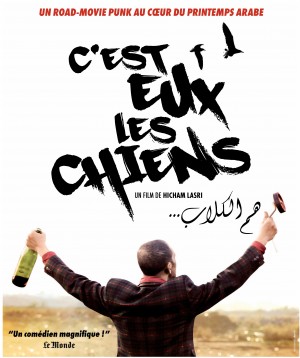 Merlin Pitois is distribution and communications manager for Ali n' Productions & Zaza Films Distribution in Casablanca. Ali N’ is Nabil Ayouch’s company, created as a production and distribution base for his many wonderful films such as Ali Zaoua (2000) which we screened at Africa in Motion in 2011.

Ali N’ (and Nabil Ayouch) has grown to become one of the major production forces on the Moroccan filmmaking scene, and an important player on the world cinema distribution platform. Merlin travels the world to promote the company’s amazing films, and he worked very closely together with Hicham Lasri, the director of AiM 2014 film They are the Dogs.

Stefanie Van de Peer, the North African film programmer for AiM, has interviewed the dynamic and exciting distributor for the festival’s blog. They spoke about They are the Dogs, about Moroccan cinema and about the politics of filmmaking in a country that is modern and future-oriented, but suffers to a certain degree from self-censorship and other subtle limitations in filmmaking.

SVdP: Hi Merlin. When we first spoke, you confessed to me your passion for the distribution of African films to other places, to spread the exciting developments that are taking place in cinema, particularly in the North of the Continent. We are so pleased to have They are the Dogs on our programme, as the film is fresh, new, exciting and has done so well around the world. AiM is very happy to have the privilege of showing this film to our audiences in Scotland. We would like to find out a bit more about the background story to the production, and your involvement in the project. To start with, I’m very interested in the title. It is a bit enigmatic: what does it refer to? Where does it come from?

MP: 'They are the Dogs' was not actually the first chosen title. The working title when Hicham wrote the script and during the shoot was 'Rust Never Sleeps', referring indirectly to the old age of the main protagonist and the ‘awakening’ of Moroccan political life during the reverberations throughout the North of Africa of the so-called Arab Spring. Actually, it’s during the editing that Hicham Lasri chose to change the title into the one you know. It happened while we were editing the scene on the railroad, when the main character gets drunk and sings. During this scene, Hassan Ben Badida – the actor who plays the leading role – keeps repeating ‘They are the dogs, they are the dogs’ in Arabic. Hicham changed the name of the film after hearing him shout the enigmatic line. Hassan is a regular on Lasri’s films: he also acted in his first film The End (2011). There is a mutual respect between the two artists, and Hicham thought the line was interesting precisely because it is so ambiguous. The title does not refer to anything in particular, it is only really a catchy track and invitation for the audience to start to ask questions: who are these dogs? It is an open question, there is no answer, but it pulls the audience in, as it did with you. In fact, one could say that the title is a mirror to the whole film: a source for questioning contemporary and past history in Morocco, without an imposed answer. 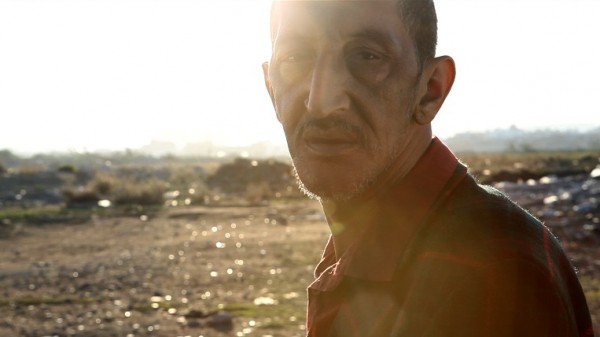 SVdP: Hicham is one of the surprisingly many extremely interesting, dynamic and promising young directors in Morocco. What do you think is the galvanising power behind Moroccan cinema being so good and so popular around the world these days? Could it have to do with the famous producers, or the many glamorous film festivals? Or is there more investment in film culture in general? I am interested in the idea that there might be a New Wave of Moroccan Cinema happening, or a new sort of Urban Cinema, as some scholars have argued.

MP: Festivals are an extremely important and good thing for these young Moroccan filmmakers. Festivals like AiM, with an open mind and good programmers, are crucial to the development of our films and, importantly, audiences for our films. They are the dogs is a good example: we have already screened at important and good film festivals in more than 25 countries; and thanks to this we have won a lot of awards (for best film, best actor, best script, and some jury prizes etc.). That is really great for the film and for Moroccan cinema and culture in general. But there is a problem attached to this as well: it only reaches a very small number and a particular type of people, who actively take the time to go and see this kind of film. Moreover, most of the audiences of festivals are in themselves specialists as well, and the ‘common people’ – the average cinemagoer – in the countries where we have been able to screen They Are The Dogs do not actually get the chance to ever see Moroccan films in cinemas. Which brings us to the slightly more pessimistic side of the film distribution game: Moroccan films are spread to and known by the ‘professionals’ through the film festivals, but most of the films will never be released commercially abroad. But I am hopeful for They are the dogs: thanks to our success, we managed to find a distributor in France when we presented the film at the Cannes Film Festival. While the film has been a real success with the critics, unfortunately not that many people have had the chance to see the film in commercial cinemas. 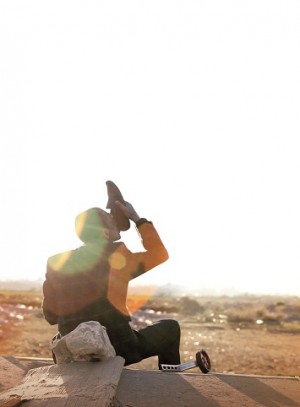 Let me give you some numbers to get a good idea of what I mean: 99% of the time Moroccan films are released only in Morocco. Realistically, from an annual production rate of about 22 or 23 films made by Moroccans, there are two or three of the best films that manage to get screening time at the great festivals around the world. Sometimes, one of these gets released in France or another European country. Unfortunately, audiences in Western countries have very little interest in watching films from the ‘real Morocco’ – I mean films that really deal with the issues in our society and real Moroccan people. For example, there are films about Morocco that are not from Morocco, which manage to get a great interest abroad only because they show the exotic side of Morocco, with its desert, camels and “thé à la menthe”… A continued sort of colonialist and orientalist view of what Morocco really is. But we have to admit that this is the commercial aspect necessary for cinema to survive. It is pretty important simply because it brings in money, and without a realistic economic system for cinema, it cannot expand and develop.

Luckily, there are very interesting people doing a lot to develop Moroccan cinema further. Nabil Ayouch for example, the producer of They Are The Dogs, Nourredine Lakhmari, Fawzi Bensaïdi, Leïla Kilani… These are the most famous names of directors and producers of Moroccan cinema, and they are doing a lot to get it as ‘modern’ and ambitious as possible. They combine their commercial skills with their ambitions to create a truly rewarding, artistic Moroccan cinema alongside it. In addition to these producers, the CCM (Moroccan Cinematographic Center), is developing its support, both financially and with infrastructure and equipment, and they represent hope for a lot of up and coming Moroccan filmmakers. So, things are evolving positively here, that is undeniable, but it is all happening rather slowly. The Moroccan cinema industry is building its foundations. We really hope that the next generation (Hicham and so many others) will be able to be audacious, inventive and successful enough to build a great new Moroccan cinema. There really are a lot of talents in Morocco who are just waiting for an opportunity to build themselves up. 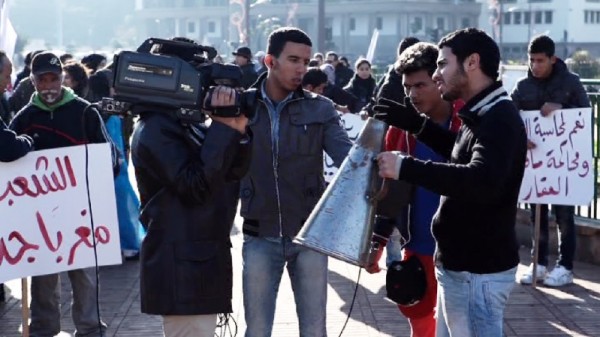 SVdP: Lastly, I wonder about the representation of the unrest in the eighties. There are not many films at all that refer to it, and even in this film, references to this era are very carefully and almost indirectly done. This subtlety is interesting: instead of dealing with it head-on, this carefulness is quite touching and pulls the audience in. We screened Our Forbidden Places by Leila Kilani at AiM in 2009 about the trauma of the rule of Hassan II in the 1980s, and saw how repressed people were.

MP: That is really interesting of you to mention this. The freedom of speech and art is a rare gift people have in Western countries. But it is far from a reality in many other countries. While Morocco is one of the most stable political regimes of Africa and Middle East these days, freedom of speech and art in Morocco is pretty limited (I’ll go to jail for publishing that! No, I’m just kidding…). So, people manage to find ways to question the system and society indirectly. Of course, it is doable to be a bit more confrontational with the king and his government nowadays, but under Hassan II (who ruled during the 1980s and 1990s), it was unthinkable to produce a film like They Are The Dogs. People went to jail for less. So there were absolutely no films at all about Hassan II’s time and society while he was alive. There were films being made of course, but they never dealt with politics or society in a critical sense.
And so that’s what They Are The Dogs does so successfully: it proposes a vision of Moroccan society treated with humour and dealing with its problems indirectly. This indirectness can be seen as a way to avoid ‘censorship’ (which should be called ‘self-censorship’ in Morocco), but it is also a way to avoid dealing with the problems directly. In doing so, the audience will be more responsible to forge its own opinions rather than the film telling the people what to think. I think this is the strength of our film: not to propose a black and white vision of Moroccan society, or telling the audience who are the good guys and who are the bad guys: but proposing a true and interesting vision of an intricate system that everyone is part of, and accepting it critically.

They Are The Dogs screens at GFT Glasgow on Monday 3rd November at 18:00.