Emma Christopher is a Historian, writer and campaigner who has worked extensively in West Africa. Her first book, Slave Ship Sailors and their Captive Cargoes, was hailed as “the most important book on the Atlantic slave trade in a very long time”; her second book, A Merciless Place, jointly won the Ernest Scott prize for best book in Australian history and won the Kay Daniels prize for best book in Australian colonial history.They Are We is her first film.

Mélanie Bérard, from the AiM Marketing team asked Emma a few questions about They Are We, screening on Saturday the 8th of November in both Edinburgh and Glasgow.

Mélanie Bérard: How did this project come about? Why did you chose this research topic?

Emma Christopher: Well I'm a historian of the transatlantic slave trade, and I was (well, I still am, I happily got distracted by making the movie) working on a project tracing the people who were at one small slave trading 'factory' and where they went. I knew that the factory was selling almost all of their captives to slave ships going to Cuba, so I was interested in finding out if there is still any cultural heritage in Cuba from the Sierra Leone-Liberia region. That's how I came to meet the Gangá-Longobá. I met them and they invited me back a few months later to film their annual ceremonies, but I didn't have any real intention to find their roots because that's not really the type of work I normally do, and because I didn't think it was possible. But I was back in Liberia working on the original project and some people there saw the Cuban film and became very excited, asking if I could go the next day to show the whole town. That in itself was very interesting to me--the level of fascination in West Africa for their cultural connections in the Americas--so I began showing it around the whole region. And then, as you see in the film, it becomes obvious that it is possible to trace the Gangá-Longobá's roots. 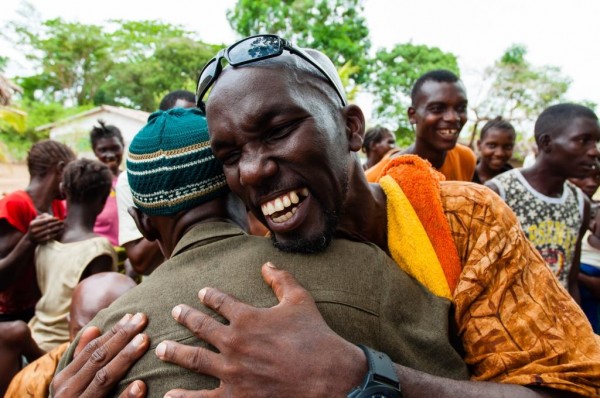 MB: What was your role in the film (as a historian)?

EC: It's my research in the film and I suppose my decisions driving the search and the filming. It was difficult though, I had to learn how much tolerance the general viewing public would have for more academic explanations. I had to learn that nothing could go into the movie if it didn't flow, even things that I thought really necessary to make my academic case that the two families are actually one family separated for 200 years. So it was an endless discussion between me and the rest of the team where I said what will work historically and anthropologically, but they had to remind me that we were making a film not writing an academic paper. I suppose it was an internal wrangle too over the conflict in being an academic and a filmmaker. In the end I have made short films, DVD extras, with additional information for people who might want to know more of the academic case I'm making. For example, I took to Upper Banta in Sierra Leone, some recordings made of the Gangá-Longobá in the 1950s by famous Cuban anthropologist Lydia Cabrera. Back then the Gangá-Longobá sang their songs in a way far more similar to the Sierra Leonean way of singing them, and they had songs they've now forgotten, so there was much more recognition of their songs than is shown in the film. 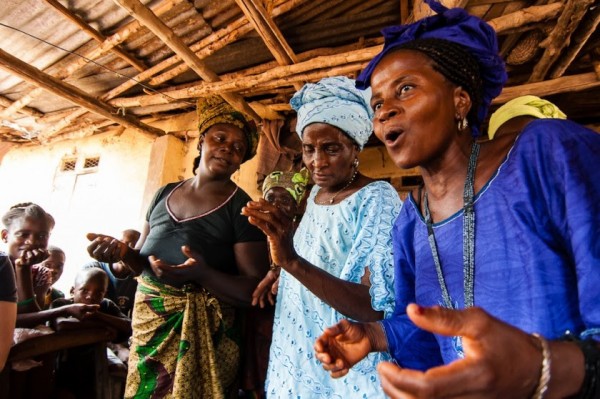 MB: What came out of this experience in the longer term?

EC: Well a lot of people have spoken to me at film festivals or written to me to say that it means to them personally, which is always great. When we showed the film in Perico, Cuba, where the Gangá-Longobá are based, Alfredo Duquesne (one of the main Cuban characters) made an impromptu speech afterwards about how proud he is to be of African origin, and how he feels so strongly that that is something that should be more cherished within Cuban society. It was a brave thing for him to do, and he spoke from the heart and there was a tremendous response.

We are planning to continue the project now in several ways. Towards the end of the film, when they are reunited, Alfredo asks the people in Upper Banta to not lose hope that some more of their people might one day return. Since the movie came out people have suggested to me other groups in the Americas who have similar traditions, and of course DNA testing opens whole new horizons. These are exciting possibilities! But also we have to work to keep these two groups together now that they've found each other once again. It's difficult of course since neither group has any financial resources and very few means of communication. There isn't even really a postal system that works well in either country, let alone anything else. But there is a huge amount of desire to help and one of the first things they really want to do is put together the cultural traditions they've preserved on both sides of the Atlantic to reinitiate the Menda society. This was the society whose initiation songs and dances the Gangá-Longobá have been performing in Cuba for 2 centuries, although they didn't know that. It was a herbal healing society that only family members of the Upper Banta people could be initiated into--so the Gangá-Longobá's ancestor must have been one of them, logically--but it has not been initiated since the Civil War in the 1990s. The last leader Lucy Amara has a lot of knowledge, but Elvira Fumero, the Gangá-Longobá female leader, has other cultural knowledge lost now in Sierra Leone. So together they want to restart the society. That would be a beautiful thing, and a real triumph over their terrible histories.

Of course, right now it's all on hold because of the Ebola epidemic. We are all just doing all we can to help, and of course it is heartbreaking to the Gangá-Longobá worrying about losing the family they've just found. Money we had raised to begin the new project we sent to them in Sierra Leone to try and help them a little bit. We all just have to help them now. This is a humanitarian as well as a medical crisis.

They Are We is screening in Glasgow on Saturday 8th November, 14:30, Centre for the Contemporary Arts (CCA)

They Are We is screening in Edinburgh on Saturday 8th November, 19:00, St John's Church Hall