Twenty Years of Democracy: Art and Activism in South Africa 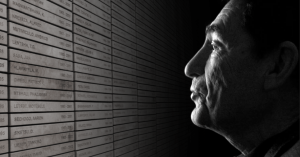 This one-day symposium on art and activism in South Africa is co-hosted by the Africa in Motion Film Festival, the University of Glasgow and South Africa at 20: The Freedom Tour. This year South Africa celebrates 20 years since its first democratic elections in 1994. The arts – including music, film, theatre, literature and visual arts – have played a pivotal role in the anti-apartheid struggle and the important role of creative expression in South Africa’s young democracy continues today. Led by Albie Sachs – famous anti-apartheid activist and freedom fighter, art lover, and a former judge on the Constitutional Court of South Africa – as keynote speaker, the symposium will include talks and discussions by a number of high profile South African scholars and cultural practitioners. Other speakers on the day include Annie Menter, previous director of the WOMAD Foundation who has worked with world musicians across Africa, India, Australia and UAE; Mandla Mbothwe, acclaimed and award-winning South African theatre maker and Creative Director of ARTSCAPE Theatre Centre; and Jacqueline Maingard, Reader in Film at the University of Bristol and scholar of South African cinema. The City of Glasgow is the perfect location for this symposium, given the strong historical connection that exists between Glasgow and the anti-apartheid struggle. Nelson Mandela also had a strong connection with Glasgow, and visited the city in 1993 to thank its citizens for their support in the fight against apartheid, with Glasgow being the first city in the world to offer him the Freedom of the City in 1981.

1.30pm-2.30pm...Mandla Mbothwe: The reclaiming of the stolen memory and healing of our societies

On turning six, during World War II, Albie Sachs received a card from his father expressing the wish that he would grow up to be a soldier in the fight for liberation.

His career in human rights activism started at the age of seventeen, when as a second year law student at the University of Cape Town, he took part in the Defiance of Unjust Laws Campaign. Three years later he attended the Congress of the People at Kliptown where the Freedom Charter was adopted. He started practice as an advocate at the Cape Bar aged 21. The bulk of his work involved defending people charged under racist statutes and repressive security laws. Many faced the death sentence. He himself was raided by the security police, subjected to banning orders restricting his movement and eventually placed in solitary confinement without trial for two prolonged spells of detention.

In 1966 he went into exile. After spending eleven years studying and teaching law in England he worked for a further eleven years in Mozambique as law professor and legal researcher. In 1988 he was blown up by a bomb placed in his car in Maputo by South African security agents, losing an arm and the sight of an eye.

During the 1980s working closely with Oliver Tambo, leader of the ANC in exile, he helped draft the organisation's Code of Conduct, as well as its statutes. After recovering from the bomb he devoted himself full-time to preparations for a new democratic Constitution for South Africa. In 1990 he returned home and as a member of the Constitutional Committee and the National Executive of the ANC took an active part in the negotiations which led to South Africa becoming a constitutional democracy. After the first democratic election in 1994 he was appointed by President Nelson Mandela to serve on the newly established Constitutional Court.

In addition to his work on the Court, he has travelled to many countries sharing South African experience in healing divided societies. He has also been engaged in the sphere of art and architecture, and played an active role in the development of the Constitutional Court building and its art collection on the site of the Old Fort Prison in Johannesburg.

Annie has worked with the WOMAD Festival organisation for over 25 years, most recently as director of the WOMAD Foundation. Working nationally and internationally she has been responsible for its strategic and artistic development. Her continuing exploration of the role of music in people’s life has initiated projects in Africa, India, Australia and UAE. Her introduction to West Africa came with a Churchill Fellowship to study textiles in S.W. Nigeria and resulted in an exhibition/lecture tour with associated educational programme. She was lecturer in ‘Art in Social Context’ at UWE and is a Fellow of the RSA. In 1984 she co-founded ‘Vizability’ a ground-breaking arts organisation in S.W. England seeking to bring together professional and non-professional artists, working in the field of public arts and community empowerment. She is now a freelance creative producer/consultant who still loves to work with musicians and young people.

'Music Proves who I am’

From a personal perspective of working with many South African musicians over the years, I will be looking at the impact of the apartheid system on just some of those musicians and their music during those years and up to the present day. The spirit of South Africa lies deep within its music and the personal stories that musicians have to tell, offer compelling evidence of the important role that music played within the day to day lives of its’ people, influencing both political and cultural perspectives.

Music is both collective and personal, a celebration, a salve for loneliness, a beacon of hope, a way back and a way forward, a way of losing or finding ourselves but always there.

How has music has supported and empowered musicians and non-musicians in the struggle for freedom? The scars of apartheid run deep but the power of music to unite and heal is strong. The rich musical landscape of South Africa is now, more than ever a seedbed for creativity, with artists travelling freely across the globe to share their music, contributing to new genres and developing trends.

Mandla Mbothwe was born in Western Cape, South Africa in 1972. Mr. Mbothwe is an acclaimed and award-winning South African theatre maker. He is a playwright, researcher, director, art teacher and theatre practitioner for the past twenty-one years. Over the years he has created and presented theatre productions of high quality which were staged in South Africa and abroad. He successfully head various institutions and served others as a lecturer, curator and board member.

He is currently the Creative Manager of ARTSCAPE Theatre Centre and has served various institutions including the Steve Biko Centre (King Williamstown), University of Cape Town Drama Department, Magnet Theatre, Jazzart and presented his work in festivals across the world including Infesting the City (Cape Town), Out of the Box (Cape Town), National Arts Festival and other international festivals.

The reclaiming of the stolen memory and healing of our societies

“We are the stories we tell ourselves” Ben Okri

As a South African performing arts practitioner my desire to remember and retell has always formed a central part of my theatrical purpose. From Magnet Theatre’s theatrical Sonjata to the creation of Ukutshona ko Mendi (The Sinking of Mendi: Did We Dance) and Biko’s Quest, my theatre practice focuses on investigative storytelling and performance-making. In response to what Professor Mark Fleischman calls “performing the archives” as counter-narrative to “it’s been 20 years…move on”, I have developed a practice and aesthetic that engages with memory and focuses on breathing life into monuments through magical realism.

Jacqueline Maingard is Reader in Film at the University of Bristol and is the author of South African National Cinema (Routledge, 2007). Before moving to Bristol in 1998, she taught film and television at the University of the Witwatersrand, Johannesburg. Her PhD (1998) was on Strategies of Representation in South African Anti-apartheid Documentary Film and Video from 1976 to 1995. Recent publications include articles in Critical African Studies, Journal of Southern African Studies, and Screen. She is a founder member of the editorial boards of the Journal of African Cinemas and New Cinemas: Journal of Contemporary Film. She co-leads the Screen Research cluster at the University of Bristol, is an Honorary Research Fellow in the Archive and Public Culture Research Initiative, University of Cape Town, and a Trustee of Africa in Motion, Scotland African Film Festival.

This presentation will focus on the power of film in the ‘struggle’ against apartheid, and how it was pivotal in extending resistance to apartheid, particularly (but not only) in the late 1970s, 1980s and early 1990s. This will encompass both documentary films that were aimed at black audiences and incorporated into the Mass Democratic Movement, and fiction films that denounced apartheid from black perspectives. This was at a time when images and voices of the black majority were seen or heard (on television and in mainstream film) only in carefully censored and circumscribed ways. I will also discuss how filmmakers have represented the apartheid past and atrocities exacted upon anti-apartheid activists, following the first democratic elections in 1994. While some of this was revealed through the Truth and Reconciliation Commission, film played a major role in representing stories that would otherwise never have been told. I will show how the continuities and discontinuities across the apartheid and post-apartheid periods are reflected in filmmakers’ diverse responses to South Africa’s shifting historical realities. The presentation will provide relevant histories and contexts of key films to facilitate the audience’s understanding of their significance in relation to politics, memory and representations of identity.