Vincent Moloi is an accomplished South African filmmaker who has worked on several documentaries, TV series and short films. He was the winner of this year’s Africa in Motion Short Film Competition with his film Berea

Sara Ameti from the Marketing AiM team asked Vincent a few questions on his winning film and South African cinema.

Sara Ameti: Your film Berea is part of a project featuring six shorts from all over the African continent called ‘African Metropolis’. Could you tell us more about it?

Vincent Moloi: Yes, the Goethe institute and the executive producer of these shorts, Steven Markowitz, wanted a project that could be one amongst many short film projects that showcase a changed film landscape of African cinema. And so with more and more people moving into cities it was decided to tell stories set in six big African metropolises. 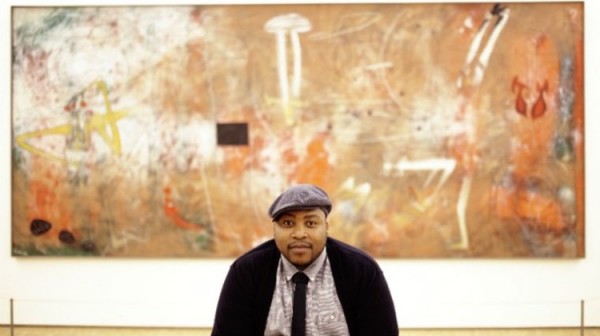 SA: Berea tells the story of Aaron Zukerman, an old Jewish man living withdrawn from the present reality of Johannesburg. What kind of issues did you want to address? Is there a specific message you wanted to share through Aaron’s character?

VM: This can never be repeated at a film school, but I honestly never know outright what specific message I want to tell. I just don't work that way. Fortunately I have partners, Makgano Mamabolo and Lodi Matsetela, who are much more clearer than I am about the ultimate intention. And we work towards that. In the case of Berea it was internal struggles battling to find harmony with external struggles of the environment. Aaron vs. Berea now.

SA: This year, Africa in Motion’s theme is ‘Looking Back, Reaching Forward’. What is the relationship between past and feature in Berea and more in general in South Africa?

VM: We are definitely a country in transition from one of the worst systems of government. It took away people humanity and a right to live. People only see apartheid from physical damage it has done. But a lot more damage was done at the chore of people DNA. This may sound exaggerated but I believe it is true. Generation after generation were damaged. And now we are trying to mend that with all the challenges the world faces.

SA: 2014 marks the 20th anniversary since the first free elections took place in South Africa. What do you think has been the impact of the transition towards democracy on South African cinema?

VM: That is perhaps too general a question; I don’t know where to start answering you! One value for me is that every South African has an opportunity to dream and can have a shot at life. A lot more still needs to be done by all South Africans to make this a better place than it has ever been before.

SA: To conclude, what are your future cinematographic projects?

VM: We are working on a feature film about people living on the edge of society. It is a portrayal of those that survive the harshness and violence of poverty to find greatness in them. It is not an easy project but one that might define the kind of filmmaker I am or want to be.